The Pack Will Travel to Busan!

Our project The Pack, supported by the Czech Film Fund, Zlín Regional Film Fund and National Film Center of Latvia, was selected for the Asian Project Market (APM) of the Busan International Film Festival.

The Pack Selected for Czech Springboard

The Pack by Tomáš Polenský, our very ambitious debut project in development, was selected for Czech Springboard - Pitching & Round Tables which will take place from April 21-23,2018 in the framework of the industry program of Plzeň Finále Film Festival. 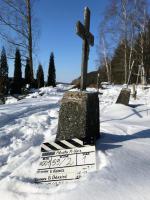 Director of the award-winning Chronicles of Melanie, Viestur Kairish, began shooting his new feature City on the River co-produced by 8Heads Productions. The company already co-produced the previous film by Kairish which became the most watched film in Latvia in 2016 and was Latvian Oscar entry. 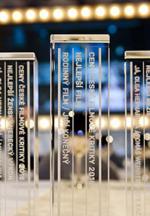 On Saturday, January the 27th, 2018, the film produced by our company, 8Heads of Madness, won the Czech Film Critics' Award for Best Artistic Achievement. The Award went to Anna Krtičková and Marta Nováková. 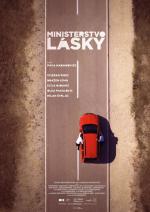 Ministry of Love Became a Victim of Censorship

The scandal is growing bigger and bigger among the Croatian media: Croatian-Czech Eurimages supported coproduction Ministry of Love by Pavo Marinković, which was shown at more than 30 international film festivals worldwide, was removed from the program of Croatian main broadcaster, HRT.

Latvian-Czech-Finnish coproduction, The Chronicles of Melanie, which became the most watched film in Latvia in 2016, carried off most of the top prizes at Latvia's most prestigious film awards, so called Lielais Kristaps National Cinema Awards during the ceremony held on the 13th of November in Riga. 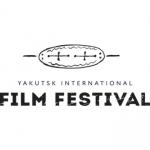 Yakutsk has a reputation of the coldest city on earth but what is almost as fascinating is its film industry. Yakut low budget movies are a phenomenon which quite recently became noticed also on the international level. 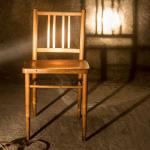 Igor Voloshin Came for Postproduction of The Cellar to Prague

The Cellar, new feature by well-known Russian director Igor Voloshin starring Jean-Marc Barr, finished shooting on June 26th, 2017. Igor immediately started to work on the editing, which is to be finished till the end of September.

Marinković and Sichel Are Working on a New Project

Beautiful Croatian island Vis became a place of recent meeting of writer/director Pavo Marinković and producer Julietta Sichel. They both came to discuss their new film and also to introduce the last Croatian distribution screening of their feature Ministry of Love, which was shown at almost 30 film festival worldwide. 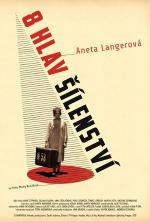 8 Heads of Madness To Be Released in Czech Cinemas This Autumn!

The founder of the company, producer, film theorist, film historian and former Program Director of the Karlovy Vary International Film Festival, Julietta Sichel, studied German language, English and American literature at the University of Salzburg, Austria, and film history and theory at the Faculty of Arts, Charles University Prague. From 1995 she worked as a Programmer at the Karlovy Vary International Film Festival and from 2005 to 2010 she was the festival Program Director.

Sichel has been a member of many international juries at festivals all around the world, served as a curator of a number of film retrospectives and sections focused on Nordic, Russian and Asian cinema. For her maintaining interest in Korean Cinema, Sichel received the prestigious Korean Cinema Award at the 16th Busan IFF 2011. The Award is annually bestowed to filmmakers who contribute to the advancement of Korean films in the international film industry. She started producing films in 2010, after founding her own production company.

Julietta Sichel and her 8Heads Productions focus mainly on international coproductions and on projects with an international potential. Films produced or co-produced by 8Heads Productions were presented at numerous festivals around the world including Busan, Karlovy Vary, Tallinn, Chicago, Jeonju, Montreal, Teheran, Raindance, Sarajevo, Kiev, Jihlava Documentary Film Festival, ZagrebDox, Houston and many others.